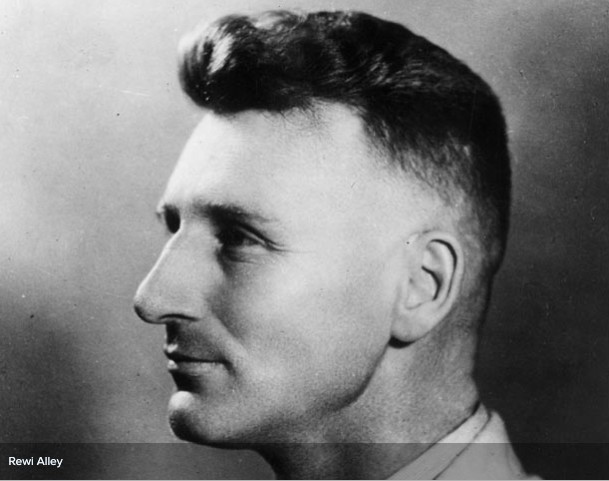 Intrigued by what he had read about China, Alley left New Zealand in December 1926 ‘to go and have a look at the Chinese revolution’. He would stay for 60 years, becoming one of China’s best-known and best-loved foreigners.

By the age of 29 Rewi Alley had done little that would set him apart from any of his contemporaries. Like thousands of other young New Zealand men he served overseas during the First World War. Then, on his return, he and an old school friend took advantage of a returned soldiers’ settlement scheme to purchase land in Taranaki for a sheep farm. But their efforts to break in and farm the land were marred by low wool prices. After ‘six years of loneliness and struggle’, his friend advised that he intended to get married and Alley decided to leave the land to him and head to China to see the revolution at first hand.

Alley arrived in China on 21 April 1927. Over the next 10 years, working variously as a fire officer, factory inspector and relief worker, he laboured among the Chinese trying to improve their living and working conditions. He came to greater prominence during the Japanese invasion of China in 1937, after he was involved in efforts to found the Association of Chinese Industrial Cooperatives (INDUSCO), commonly known by the slogan Alley coined, ‘Gung Ho/Work Together’. Gung Ho aimed to organise small-scale self-supporting cooperatives which created employment for workers, while continuing production to support resistance against the Japanese. A Time magazine article from April 1940 noted: